What a farce
with the moon and the mars,
and those unidentified stars.
Intelligence
digging its own grave.
Everything going haywire
pathfinders, harbingers
of peace, destroyers of wars,
the naysayers.
Posted by Expressions at 8:30 PM No comments: 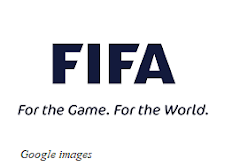 Where is India's place in international football? 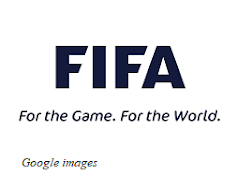 I am a Bengali. I love football. It is good to see that we have been able to establish this very popular sport at the all-India level by going beyond the giants of Bengal, viz. the East Bengal, the Mohan Bagan, and the Mohammadan Sporting. My sincere respects and gratitude go to the Ambanis and to all those who have contributed to the success of ‘Let’s football’.

When will India figure in the FIFA world cup?

Football is progressing slowly. When will India be seen on the map of world football? I am 57. Can I see our players dominate in the fields of Olympic football? Like everyone else, I also love many famous footballers; whose names should I take? Pelé, Michelle Platini, Franco Baresi, Maradona, Zizou, Kylian Mbappé, David Beckham, Ronaldo, Rivaldo, Neymar, and the list goes on and on! Their style and deftness on the field had enamored me and the millions and will continue to do so in the years to come. But at the end of it all, they are all foreigners, aren’t they? Where are my players? Where are they?

In the Olympics, Indians decide which country they will support; some support Argentina, some go for Brazil, some for France, some from Croatia, and this is ‘the most [saddest] cut of all.

How long will we support another country? How long will I be a fan of non-Indian players? Why can’t we watch our country play? Who will answer my question? I just want to know as a football fan why is it that in a country where the majority of the population is young, billions of them, why aren't we able to groom at least fifty robust footballers of international standard? There is no shortage of skilled trainers in our country! So why is it that year after year young India is denied entry into world football?

Failure to get entry is not the challenge, the challenge becomes acute when one accepts failure and does nothing to be up and about. We have accepted that our role will be to support other countries, to cheerlead other players even in the next fifty years; are we unwilling to look introspect the reasons behind this absence?

Again, I am a general public, I don’t have any visibility of what is going on in the green room,
but I am sure we are not doing enough to see our country gallivant in the global map of the game we are so very fond of; we do not see any discussion on this, we do not have any systemic thinking either keeping the painful global absence as the problem map. Sad, very sad. Why aren’t the experts brainstorming enough on the subject? Why? Why? Why?

Not to forget that the FIFA world cup this year (21 November to 18 December) is the first to be ever played in Qatar, an Arab country, and will be the second World cup to be played entirely in Asia.

What is the real issue? Funding for sure is not, crores of supporters will be more than willing to contribute to this noble cause. If it is training, we can hire the best of trainers to train the young legs and the minds. If it is corruption and politics, we could have some strategies to cope with this too, can’t we?

Let’s go for the common goal

What is your number?

The whole process and its effort are so engaging that if we went all out to strengthen our weaknesses, we could see our country enter the FIFA world cup in 2026! Let’s make this our common goal and go for it.

Posted by Expressions at 10:39 PM No comments:

Posted by Expressions at 3:57 AM No comments:

Posted by Expressions at 8:22 PM No comments:

with teamwork,
we can carry the world
on our shoulders,
ants, or elephants

Posted by Expressions at 9:31 PM No comments:

Mariupol
my heart bleeds,
lifelessness
sounds hard,
wait
you'll come back
alive, thanks to your
resilience,

I'd never ever want this
horrid scene to replay
on any stage,
so
I'd not blame one
country alone,
for if I do,
the curse in vain
will befall
again;

in another unfortunate
zone now standing tall,
there'll be another
Mariupol,

Mariupol,
will anyone question
how this happened,
who is responsible
for this,
is it one single
bad apple that had
ruined the bar,
or are there other
stars too,
notoriously
networking a toxic
oligopoly,

if we didn't bring all
the cards to the
table, and overhauled
the reasons, then the
nefarious act to overpower
the global wherewithal
would see another
Mariupol,

Mariupol
is a reality, the vast
diaspora of soldiers,
people, refugees
die, flee, and cry
on the real ground,
it's not an orchestrated
sinfonietta
negotiated at the opera
if at all,
scaffolding another
Mariupol,

if you asked all
the leaders of the
countries to come
on to the field
as commoners,
as residents
of the planet,
they'd willingly yield,
none would defend
their stances,
some
would throw up
that disastrously negative
and terrifying opium,
the one that for years
had intoxicated them
in a self-defeating entente,
they'd delete the playbook,
discard the game, and
join the peoples
of the world,
weep in unison
for the departed
souls,

'they' would reappear
as 'we', on the dais
the refrain would play
on the theatre hall,
we'd all sing along,
we don't want the
repetition of another
Mariupol

written by a second language writer from a third world country

Posted by Expressions at 10:52 PM No comments:

"every saint [Europe] has a past,

every sinner [Russia], a future"

Posted by Expressions at 6:18 AM No comments:

I cannot see
unless I close
my eyes,

I cannot hear
unless I shut
my ears,

I cannot know where
happiness lies
until I step inside.

Posted by Expressions at 12:45 AM No comments:

Posted by Expressions at 11:08 PM No comments:

My services on Fiverr

supratiksen
Fiverr
Seller
A consultant who understand the needs of his clients. Specialized in training methods, question paper, interview questions, writing, translation between

Expressions
A full-time writer who writes in Bengali, English and French.

The journey of a poet

Image credit: Google images I understand who I am through the records of my life I land in sound, silence some hear... 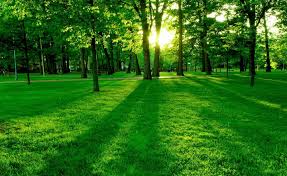